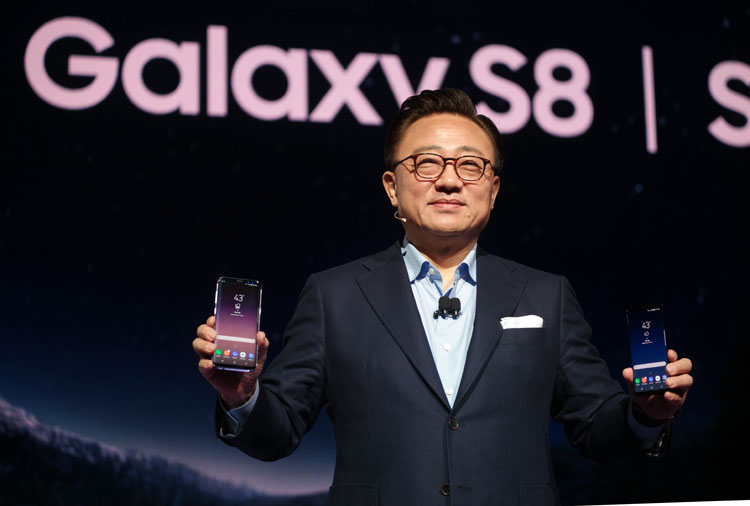 Samsung’s upcoming Galaxy S8 series is up on pre-order and the company is receiving a better response than what they originally expected. According to DJ Koh, Galaxy S8 pre-orders have crossed 720,000 units in its home country. However, if United States is concerned, Samsung confirmed that they’re seeing double-digit growth in pre-orders compared to last year with majority of them selecting the larger Galaxy S8+ variant.

This is a good sign for Samsung as it instills consumer’s confidence in the device and the brand after the Korean giant had to rollback the Galaxy Note7 last year after battery malfunction.

Samsung’s new phones are packed with features and improved design. The phones boast Super AMOLED Infinity Quad HD+ Display (2960×1440) with Galaxy S8 featuring a 5.8-inch screen and Galaxy S8+ having a 6.2-inch screen. They are powered by a 10nm Exynos 8895 or Snapdragon 835 processor, 4GB RAM (6GB in limited numbers in South Korea), 64GB of storage (128GB in select models in South Korea and microSD card slot supporting up to 256GB.

Furthermore, both phones come with 12-megapixel f/1.7 sensor on the back with OIS, 4K video recording support and an upgraded 8-megapixel sensor on the front with f/1.7 aperture, IP68 certification for water (up to 30 mins for up to 1.5 meters) and dust resistance, 3.5mm headphone jack, 3000mAh/3500mAh (Galaxy S8/Galaxy S8+) with USB Type-C support, Bixby virtual assistant, and wireless charging.