Samsung today unveiled the ISOCELL HP2 imaging sensor with 0.6-micrometer (μm) pixels in a 1/1.3” optical format that will allow users to shoot pictures in up to 200MP resolution with a minimal camera bump.  Equipped with Samsung’s Tetra pixel – pixel-binning technology – the HP2 simulates different pixel sizes to accommodate varying lighting levels. For […]

Samsung has conjured a display innovation and it includes both folding and sliding. Samsung Display – Samsung’s display subsidiary has confirmed that they will showcase the latest and innovative display technologies in an invite-only exhibit at the CES. Flex Hybrid While we’ll talk about all the innovations Samsung Display will exhibit in Las Vegas, one […]

Samsung today unveiled the ISOCELL HP3, making the 200MP image sensor one of the industry’s smallest at 0.56-micrometer (μm)-pixels. The ISOCELL HP3 features 200 million pixels in a 1/1.4” optical format that reduces about 20 percent reduction in camera module surface area and theoretically enable smartphone manufacturers to keep their devices slim. When it comes […]

Samsung and NAVER Cloud have teamed up to launch South Korea’s first private 5G network. Aimed to power NAVER’s cloud-based autonomous mobile robots, the private network has been deployed at NAVER’s new second headquarters — 1784 that will help facilitate employees throughout the building. As one of the first use cases, Samsung’s private 5G network […] 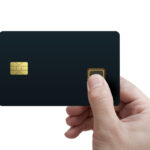 Biometric credit or debit cards have been out in the wild for a few years now and Samsung is now using its expertise to introduce a better version of a Biometric Payment Card with improved fingerprint and enhanced security features. The S3B512C — as it’s known — integrates a fingerprint sensor, Secure Element (SE), and […]