You are here: Home / Hardware / Components / Samsung has a 30.72TB SSD for enterprises 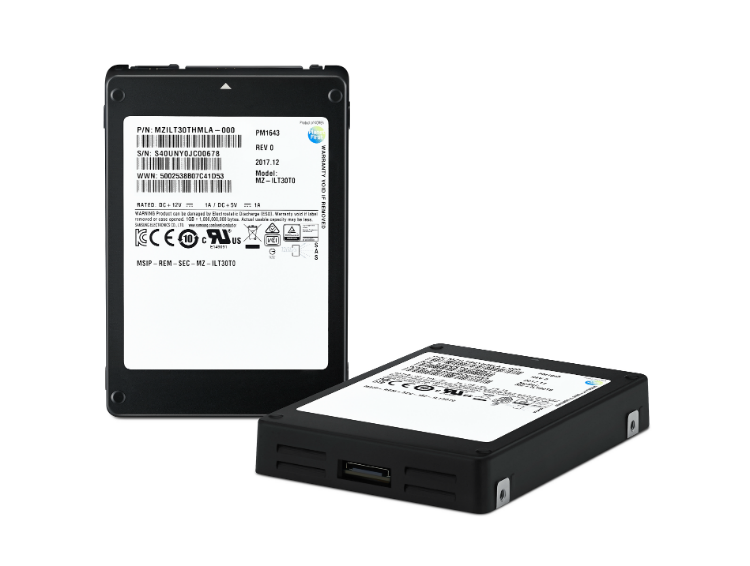 Samsung has started mass production of the world’s largest capacity Serial Attached SCSI (SAS) solid state drive (SSD). The PM1643 is targeted for use in enterprise storage systems and boasts a total storage of 30.72TB. This is double the capacity of what Samsung announced back in March 2016.

The new SSD takes advantage of Samsung’s V-NAND technology with 512-gigabit (Gb) chips that not only helped double the storage but also improve read/write performance. According to Samsung, the PM1643 drive boasts random read and write speeds of up to 400,000 IOPS and 50,000 IOPS respectively with sequential read and write speeds reaching up to 2,100MB/s and 1,700 MB/s, which in comparison to a 2.5-inch SATA SSD, the performance is improved by up to four times. In terms of reliability, the SSD offers one full drive write per day over a five-year warranty period.