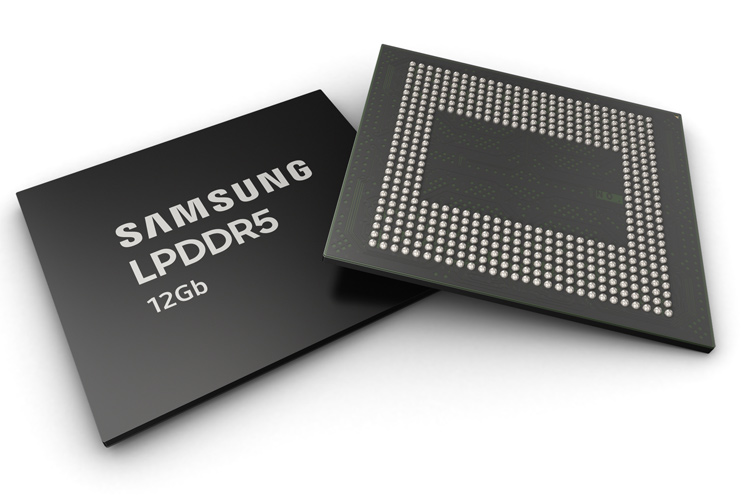 Samsung today announced that they have started mass production of 12Gb (gigabit) LPDDR5 mobile DRAM. Samsung also plans to produce 12GB LPDDR5 RAMs later this month combining eight of these 12Gb chips. Samsung says the new RAM solution is optimised for 5G and AI, which most of the future smartphones will have.

These chips are based on 10nm process that has a data rate of 5,500 megabits per second (Mb/s), making it approx. 1.3 times faster than the LPDDR4X mobile memory solution and consumes 30 percent less power.

Putting the performance in perspective, the 12GB package can theoretically transfer 44GB of data, or about 12 full-HD (3.7GB-sized) movies, in only a second.

Samsung generally announces new hardware components closer to a new flagship phone launch so this announcement doesn’t come as a surprise.Rather, it is an indication that Samsung will use this chip in its upcoming Galaxy Note 10 launching next month.

Samsung also confirmed that they are working on and will roll out 16Gb LPDDR5 solution next year to bolster its position in the competitive market.