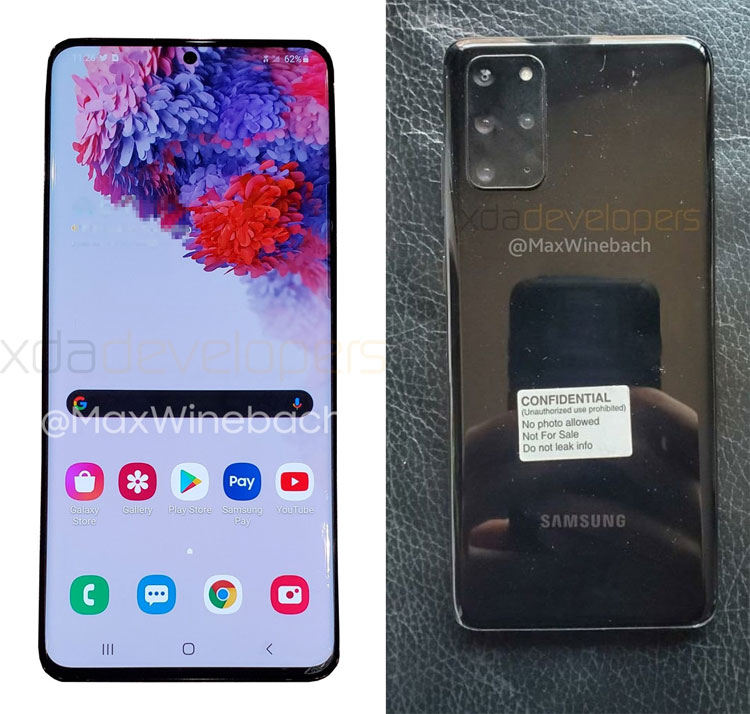 We are officially less than a month away from Samsung’s event but if you cannot wait for the official reveal, take a good look at the set of live pictures of Samsung’s Galaxy S20+.

The front design remains more or less similar to Samsung’s Note 10 series with the Infinity-O display but features thinner bezels and less curvy around the sides.

The back, however, is the area where Samsung has changed considerably. Going with what seems to be Samsung’s 2020 design language, the Galaxy S20+ also appears to feature a quad-camera setup with supposedly new 12MP sensor along with an ultra-wide, telephoto and macro-lens. Interestingly, Samsung also seems to have backed down on the Bixby button.

The Plus device used to be the best but according to XDA-Developers, the Galaxy S20+ will be, in fact, the middle variant sitting between the Galaxy S20 and the Galaxy S20 Ultra. This means, the smaller ‘e’ variant might also not make the cut. Understandably, the series will also have a 5G variant.

Samsung will announce the new series alongside a new compact and practical Galaxy Fold in the US on February 11.