You are here: Home / Misc. / Samsung Pay Mini launches in Korea, will work with non-Galaxy phones 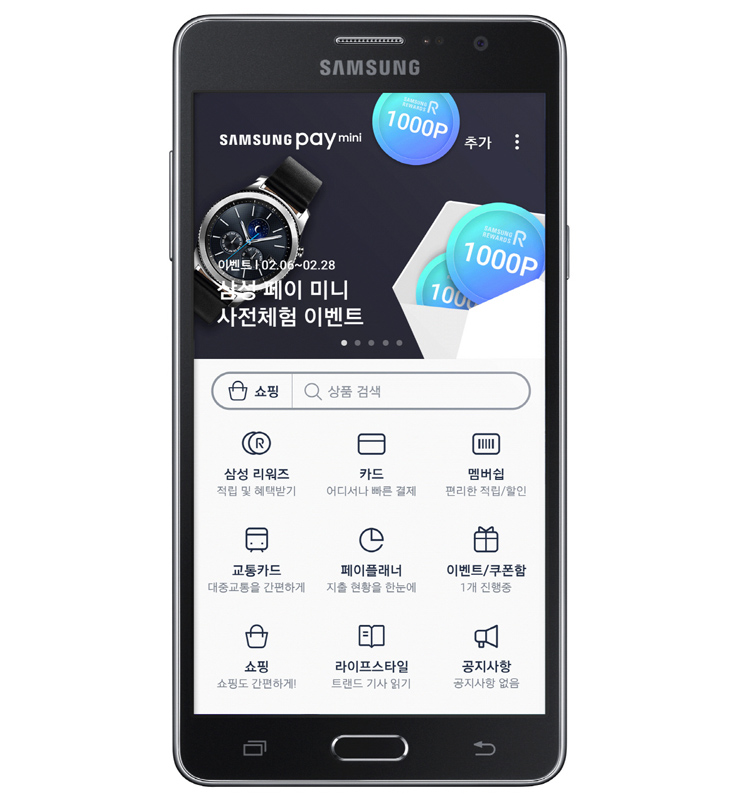 Samsung today unveiled its Samsung Pay Mini, an online payment service for South Korea. The new service will go live next week and unlike Samsung Pay that requires a supported Samsung Galaxy device, Samsung Pay Mini will work with any Galaxy and non-Galaxy device provided it’s running on Android 5.0 and above with a display resolution of 1280×720 and higher.

The new service will also allow to add membership, lifestyle and transportation cards to the Samsung Pay Mini app.

Users wanting to try out Samsung Pay Mini can do so from February 6 by downloading the app from the Google Play Store. However, trial version is only available to users owning a Samsung Card.

Samsung will expand the Samsung Pay Mini service in South Korea in Q1.

2017 will see Samsung expanding its original Samsung Pay service to more countries, including India where the service was recently teased in the Android 7 Nougat rollout.