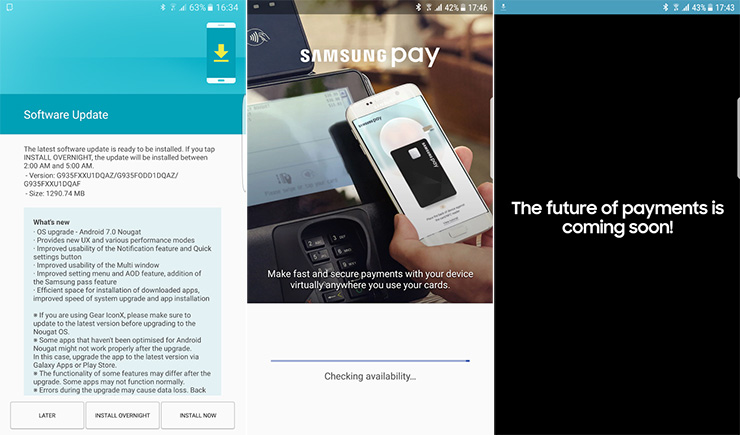 Samsung last week confirmed Android 7 Nougat update for its Galaxy S7 and Galaxy S7 edge phones and the update is now available for users in India. The update is under 1.3GB and brings in Google’s latest Android version with improved performance and features. We’ve been playing with the update for a few hours and this is what we’ve found.

The update should be downloaded automatically but you can manually ping the Samsung server to start downloading it.