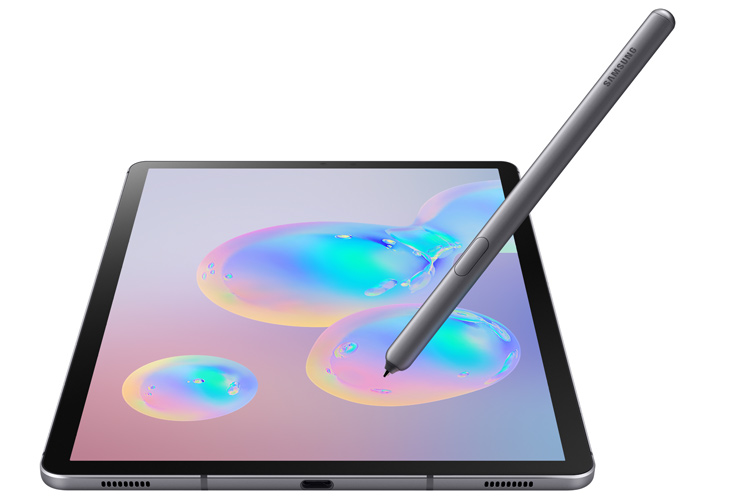 Samsung today announced the expansion of its Galaxy Tab S lineup with the Galaxy Tab S6. The new tablet is thin yet powerful and brings in a host of new features. You know the tablet is powerful when you have got Snapdragon 855 onboard along with 6GB or 8GB of RAM. As with previous Galaxy Tab S devices, the Galaxy Tab S6 also comes with an S Pen that now comes with a built-in BLE remote that acts as a wireless shutter button for the camera and supports S Pen Air actions. Furthermore, the S Pen wirelessly recharges that give up to 10 hours of battery life on a 10-minute of charge time.

The Galaxy Tab S6 will sell in Mountain Gray, Cloud Blue and Rose Blush colours and while select markets will get it from August, if you’re in US, you’ll be able to pick it up from September 6 for $649 with pre-orders starting from August 23. An LTE variant will also go on sale later in the year.