Samsung has announced beta testing for Android 10, however, this is currently only for Galaxy S10 device owners and that too in South Korea. This means that the company is planning to roll out the current Android version soon. Along with Android 10, Samsung will also update its One UI to version 2 from the current version of 1.5. 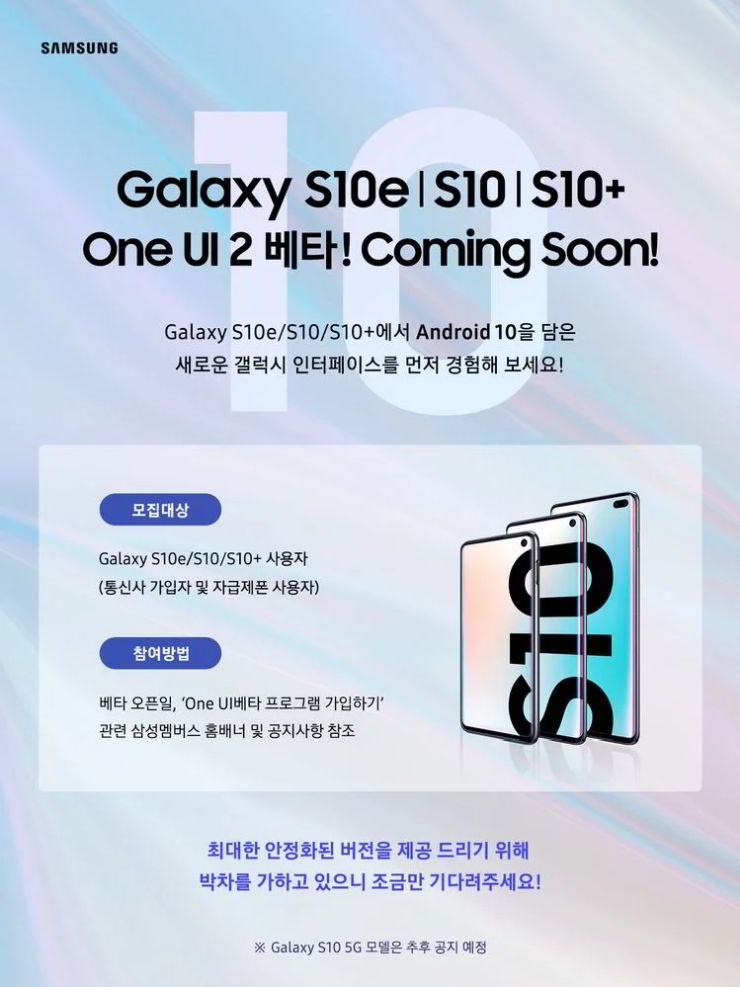 This information has been revealed by Samsung on its Members App. Samsung has always been criticized to provide delayed OS updates, however, with this, it seems that the company might roll out the update this year starting from South Korea to other countries.

Surprisingly, Samsung Note10 devices are not yet in the list. All the Galaxy S10 devices, that is the Galaxy S10e, Galaxy S10 and the Galaxy S10+ are eligible to participate in the beta testing. To register your interest, Galaxy S10 owners will have to enroll using the Samsung Members app. Since this is a beta testing program, do not expect the OS to be stable and there can be issues using it as a daily driver. If selected, you will receive the update to One UI 2.0 beta as OTA firmware.