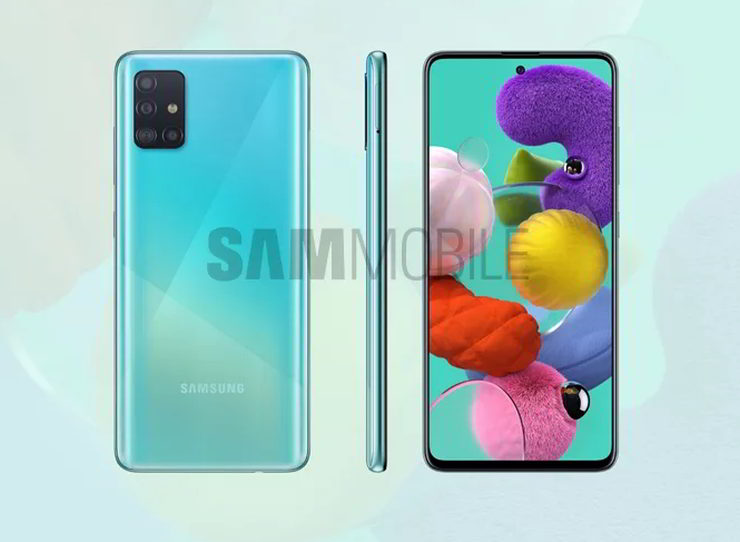 Recently the upcoming Galaxy A51 renders had leaked revealing its design and camera details. Today, we have press renders of the Galaxy A51, the successor to the Galaxy A50. It is now confirmed that the device will feature the punch-hole camera at the centre resembling like the Note10 series. It seems like Samsung is going to keep the centre punch-hole camera standard for 2020 phones. At the rear, the cameras are housed in an L-shape block. Galaxy A51 will feature quad cameras at the rear with 48-megapixel as the primary sensor, 12-megapixel ultrawide sensor, 5-megapixel depth sensor and also the 5-megapixel macro lens. The front camera is 32-megapixel. 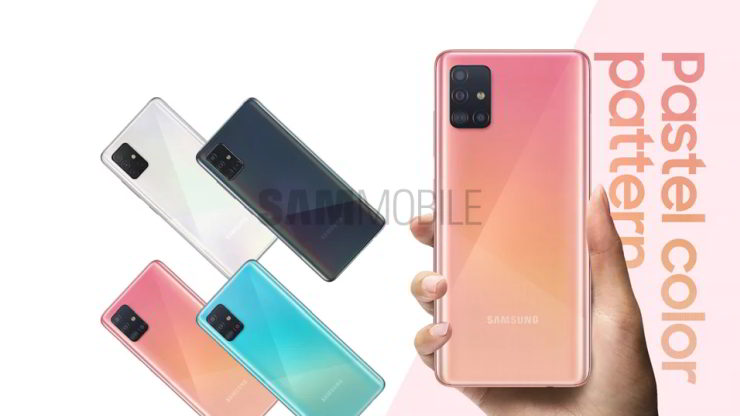 In terms of hardware specifications, Galaxy A51 will feature a 6.5-inch FHD+ Super AMOLED display and will be powered by Exynos 9611 processor. It will come with 4GB/6GB and 64GB/128GB storage options and will also support microSD card. There’s an in-display fingerprint sensor on the Galaxy A51 and the battery is rated at 4000mAh with 15W fast charging support.