Samsung has had a difficult 2015. Despite having some good looking and better performing smartphones like the Galaxy S6 family and the Galaxy Note5 series, Samsung had to work hard to capture and maintain the market share (and revenue). Couple of reasons that come to my mind is the stiff competition in the premium segment from Apple and the Chinese players driving down the ASP (average selling price) of phones.

Samsung’s knights in shining armour is the Galaxy S7 family. They announced the Galaxy S7 and Galaxy S7 edge at Mobile World Congress (MWC) in Barcelona in February and quickly launched in multiple countries within a month, including India. And for the first time, it seems Samsung has priced both the phones sensibly. We take an in-depth look at the elder and more expensive sibling, the Galaxy S7 edge to see if its curves are worth our $$$. Design is always subjective but I think majority of us can agree that this is one of the best looking smartphone, worthy of a flagship tag. The phone feels great in hand with curves on both the sides that gives the phone a good grip and has a decent weight as well, weighing 157g. The phone has got slightly thicker when compared to the Galaxy S6 edge but it doesn’t really matter because the phone is still one of the slimmest around at 7.7mm

When it comes to the materials, the phone uses metal on the sides and glass at the back and are brought together using a proprietary process called 3D Thermoforming where the 3D glass is melded to meet the curved metal alloy that results in an impressive looking smartphone. However, the glass at the back is a fingerprint magnet, which means if you’re not using the white version or a case, you’ll be wiping off the back regularly. I would have appreciated if Samsung applied some sort of coating at the back like the one on the display that does not attract fingerprint smudges. The back panel however, is a Corning Gorilla Glass 4 so you’re protected against scratches and some accidental drops. Aesthetics aside, Galaxy S7 edge’s design adds the much needed water and dust resistance. The phone comes with IP68 protection that allows it to be immersed in water for up to 30 minutes in a depth of 1.5 meters and protects from dust. This is a welcome addition considering how Samsung added water and dust resistance in the Galaxy S5 but dropped it in the Galaxy S6 family after the design makeover. Samsung has also added protection in the microUSB port so as not to hamper your phone by charging if the slot if wet.

The protrusion of the camera sensor was talked a lot with last year’s Galaxy S devices and though the camera still bulges out, it’s lesser than what was on the Galaxy S6 phones.

It goes without saying that the Galaxy S7 edge boasts some of the best hardware you would find in a smartphone. It comes with a 5.5-inch Quad HD Super AMOLED display (2560×1440 pixels) resulting in pixel density of 534ppi. The display understandably has lesser pixel density compared to the Galaxy S7 due to S7’s smaller screen size but the display is as crisp and great looking as ever. The colours are vibrant, thanks to the Super AMOLED panel with deep blacks, excellent viewing angle and few display modes like Basic, AMOLED photo, AMOLED cinema and Adaptive display that changes the screen’s colour range, saturation and sharpness. The curved edge display is part of the main display but functions separately in locked state.

On the performance side, the Indian Galaxy S7 edge unit is powered by Samsung’s own Exynos 8890 processor, Mali-T880 GPU and 4GB LPDDR4 RAM. There’s not much to say about the phone’s performance except the fact that the phone is fast. Like, really fast. I didn’t see any sign of the phone slowing down, including the TouchWiz that is bloated with so many bells and whistles. Benchmark tests, in no way, emulate real-world use but gives an idea as to how powerful the phone is and here’s the proof. Do note, Samsung is also selling Galaxy S7 edge with Qualcomm’s Snapdragon 820 processor and while I have personally not got my hands on the unit, the actual performance should vary slightly, if not much. The base memory variant available for the Galaxy S7 edge is 32GB and that’s the only variant sold in India. The embedded flash memory is important here because it is UFS 2.0, which means it’s way faster than a regular eMMC flash. However, if you run out of space, the phone also has a hybrid SIM slot that allows it to be used as a dual-SIM phone or expand memory to up to 200GB through microSD card.

Samsung had a daunting task to best Galaxy S6 edge’s camera but the good thing Samsung has managed to, is raise the bar even further with Galaxy S7 edge’s camera. The phone comes with a 12 megapixel Dual-Pixel sensor, brighter f/1.7 lens and OIS. Just like the phone, clicking photos on this camera is fast. Double tapping the home button activates the camera irrespective if you’re playing a game or the phone is in a locked state. The focusing is quick that ensures you don’t miss the shot. Personally, I loved shooting with the S7 edge camera for a simple fact that it is always ready to take a shot when I want to. The colours, sharpness, dynamic range, low light shots clicked on S7 edge is top notch. Check it for yourself. 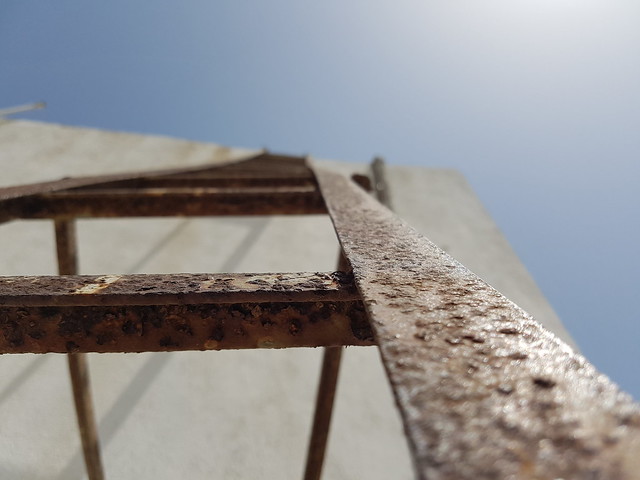 The auto settings is more than enough for your casual camera needs but Samsung gives a lot more control with the Pro mode and other tuned modes like Food, Selective Focus and many downloadable modes.

On the video front, the phone is capable of recording in up to 4K video resolution but loses some features like HDR, tracking AF and video effects. However, the video capturing is pretty good as well and gives no reason to complain. Despite a similar hardware compared to the Galaxy S7, the Galaxy S7 edge boasts a higher capacity battery. The phone packs in a 3600mAh battery that is 20 percent more than what Samsung ships with the S7. The results are pretty obvious. Galaxy S7 edge easily runs for about 20 hours with some heavy use and with conservative usage, the phone can easily last a day and a half to two days.

However, larger battery does not mean longer charging time. The phone supports quick charging and coupled with the Samsung bundled 9V charger, the phone gets fully charged in 1.5 hours. Wireless charging understandably takes more time and a charger with fast charging support will take about 2.5 hours to complete the charge.

Fingerprint sensor works fine and allows to add up to 4 fingerprints. Unlike many Android devices that automatically unlock the phone on placing the finger on the fingerprint sensor, Samsung’s implementation requires the user to tap the button to activate the screen and then unlock, which I feel is not so intuitive.

The Galaxy S7 edge runs Android 6 Marshmallow out of the box with TouchWiz UI on top. While the UI is inherently similar to what we’ve used in the past, it looks more polished and refined this time around. The edge panel, well, sits concealed at the edge of the display that can be activated with a swipe from the edge. Users can use the edge apps from either of the edges and even gives the liberty to adjust the position. Samsung allows to download some of the edge apps from its Galaxy Apps store but a decent chunk of them come pre-installed. Apps edge allows to quickly access user’s favourite app; Tasks edge on the other hand allows to perform a particular task. For instance, you can tap on Take selfie and it will activate the front facing camera. The only gripe we have with this feature is that it does not support third-party apps, which makes the functionality of this edge limited. Then there’s Quick Tools that comes integrated with a scale, compass and a torch. Weather, finance and news edge panels also make the cut. The edge feeds on the other hand are handy and work when the phone is in a locked state. Swiping on the edge will reveal notifications, stock prices and even match scores. Too bad, the feed does not show cricket scores!

The night clock also makes a good use of the edge display that activates a persistent screen showing the time, battery percentage and alarm time, if any. Speaking of persistent screen, the Galaxy S7 edge has something called as Always On. As the name suggests, the screen is turned on all the time showing important information. Currently, the display can be used to show a clock, calendar or pre-installed images. Again, a good feature is marred by its limiting nature and I hope Samsung opens up the feature for developers to take advantage of Always On. There’s also Blinkfeed that sits on the extreme left of the home screen and Galaxy Labs that brings in some experimental features for users to try out. Galaxy S7 edge units sold in India also comes pre-loaded with the My Galaxy app. This app has been in existence for quite a while but Galaxy S7 and Galaxy S7 edge users get some privileges like a private assistant, which is a service provided by Haptik (non-S7 users can also try their service by downloading their Haptik app) and Samsung Concierge that offers faster service and priority for users when they send their devices to the service center. The My Galaxy app also offers discounts and coupons on various services as well. Samsung also preloads Microsoft Office and OneDrive apps and some of its apps like Galaxy Gear, Galaxy Apps, S Health, etc. The heart rate sensor works at the back works as expected with the S Health app. For gamers, Samsung has integrated a game launcher that brings all the installed games under one roof and allows to save power by tweaking graphic settings and mute alerts for an uninterrupted gaming experience. The phone also comes with Game Tools that allows to lock the back and recent keys, record the game and take screenshots. For a phone that has something for the gamers, I find it surprising Samsung doesn’t have their S console app that can be used with the Samsung Gamepad. However, I tried using it and it works with the device even without the app with some games.

I’ll cut straight to the chase – Galaxy S7 edge is a great device and I have never enjoyed using any Samsung device as much as I have with this flagship phone. Stellar camera, full day battery, amazing design and more importantly, rightly priced, the Galaxy S7 edge needs a serious look if you’re in the market for a high-end Android device.