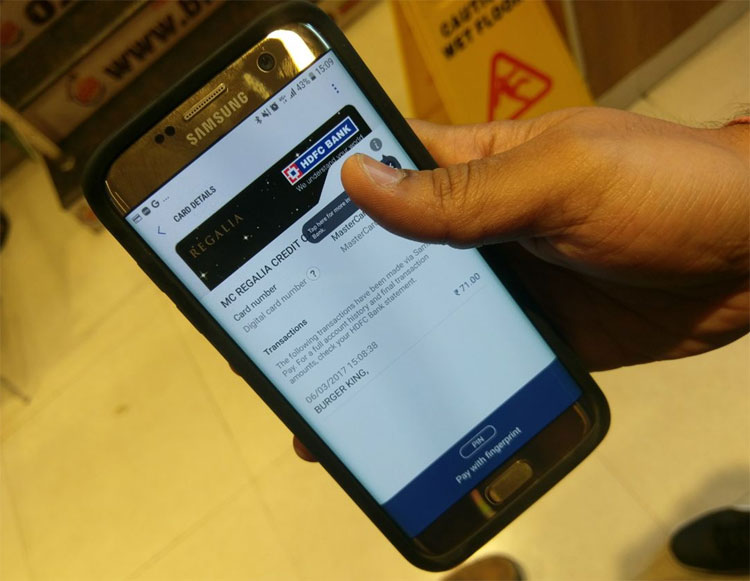 Samsung last week invited interested users to sign up for the Early Access Program for Samsung Pay in India. Now, they have enabled access for users to transact through Samsung Pay. Samsung doesn’t seem to have a definitive list of which retailers it supports but a quick call to Samsung reveals that it should technically support every retailer who accepts a Visa or a MasterCard.

Samsung Pay supports devices like Galaxy Note5, Galaxy S7 series, Galaxy A7, Galaxy A5 and Samsung Galaxy S6 edge+. Interestingly, the list does not include the Galaxy S6 and Galaxy S6 edge despite the phone being supported in other regions.

Good thing about Samsung Pay is that it works with POS machines that support NFC and the ones without as well. The old POS machines without NFC works through the built-in MST (Magnetic Secure Transmission) technology, which the POS terminal will detect as a swipe on keeping the phone close to the machine.

Another advantage of Samsung Pay is that you can pay with your card without revealing the actual card number. Samsung Pay allocates a digital card number, which is identified by the POS terminal, thus giving an additional layer of security and saving from fraudulent activities.

Internationally, Samsung Pay also supports third party loyalty programs but it seems to be missing for the Indian region, at least in the initial phase. Samsung has however, added the support for Paytm wallet, suggesting more wallet options are in the offing.

If you have a compatible device, card and have not registered for the service, you can do so here (Click here).