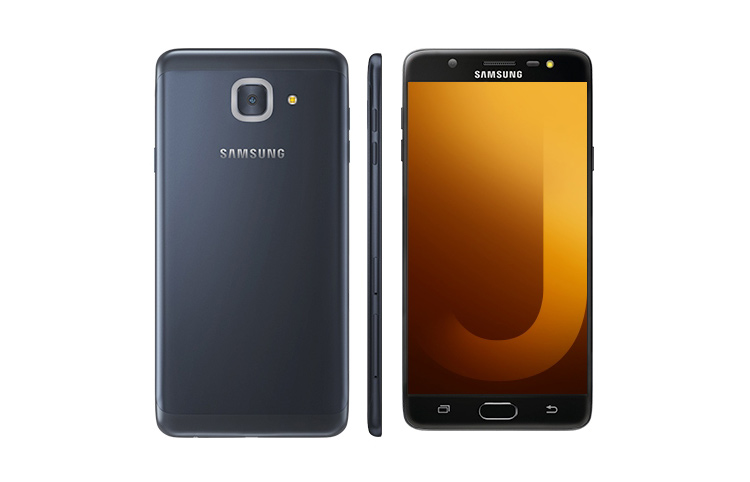 Samsung has expanded its highest selling J-series in India with two new additions. First is the Galaxy J Max that looks like any other Samsung device but packs a decent software and hardware combo in its metal unibody. Running Android 7 Nougat, the phone features a 5.7-inch Full HD TFT display and is powered a 1.6GHz octa-core Mediatek processor along with 4GB RAM and 32GB internal storage.

Both cameras boast 13 megapixel on the front and back with Social camera app, microSD card support, 3300mAh battery and support for Samsung Pay mini. As the name suggests, Pay mini is a scaled down version of Samsung Pay that does not have access to add credit or debit cards but users can transact through UPI and mobile wallets like Paytm. Galaxy J7 Max will go on sale from June 20 in gold and black colours for Rs. 17,900.

The Galaxy J7 Pro on the other hand, looks a bit different at the back due to its interesting antenna design and comes with a full metal unibody chassis. Under the hood, it comes with a 1.6GHz octa-core Exynos processor, 3GB RAM and 64GB of internal storage that can be expanded further through a microSD card (up to 128GB). On the camera front, the 7.8mm phone comes with a 13 megapixel camera both on the front (f/1.7 with flash) and back (f/1.9 with flash) with Social camera app, 3600mAh battery, Android 7 and full-fledged Samsung Pay support.