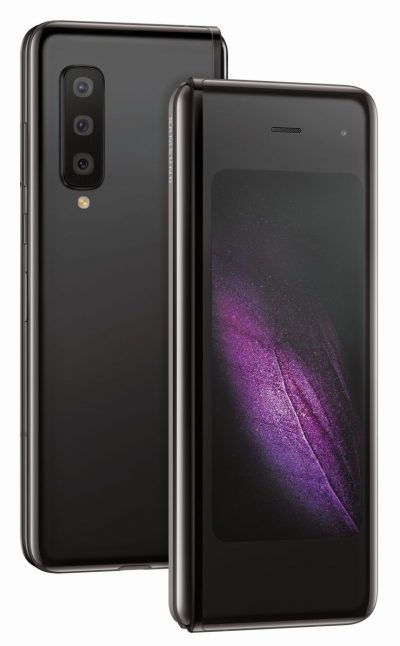 After the US and Korea launch, Galaxy Fold is finally in India at a premium price of Rs. 164,999. Galaxy Fold is Samsung’s first take on foldable phones. The initial units of Galaxy Fold had to be recalled due to display and other hardware issues. Samsung, however, took some time and addressed these issues along with an improved UI to finally launch the Galaxy Fold.

Galaxy Fold comes with two displays – a 4.6-inch HD+ Super AMOLED cover display that can be used when the device is in a folded state and a 7.3-inch QXGA+ Dynamic AMOLED Infinity Flex display that reveals itself when the phone is unfolded. The Infinity Flex display used internally does not just bend but also folds, it also features a new polymer layer that has enabled Samsung to create a display around 50 percent thinner compared to a regular smartphone screen.

Samsung is also offering premium customer care for Galaxy Fold users with a dedicated 24×7 expert available on call. In addition, consumers who purchase the Galaxy Fold from Samsung India’s online store will get the device delivered via a Concierge. Samsung is also throwing in the Galaxy Buds free in the retail box and to protect the phone it also comes with a slim Aramid Fiber case.

Innovations do come for a price, and the Galaxy Fold is no different. The price of Galaxy Fold is Rs. 164,999. At this price, Samsung also offers a one-year Infinity Flex Display Protection that covers one-time accidental damage, genuine parts, expert repair service, and Galaxy Fold’s display. All this comes at a price of Rs. 10,500.

In India, the Galaxy Fold will come only in Cosmos Black colour. Bookings for Galaxy Fold in India open on 4 October 2019 and deliveries will begin on 20 October 2019. Galaxy Fold will be available for pre-booking online on Samsung’s official online store, Samsung Shop, and offline in 35 cities across select 315 outlets, including the Samsung Opera House in Bengaluru.