We’ve already seen Galaxy Lite pictures couple of times before but these new ones looks more refined, pretty much like the final build. However, this post is not about how better it looks from the previous prototypes but the claim that Dial a phone is making. The phone was slated for an October release but according to them, the release date is now pushed back to 2010 so as to provide the original Galaxy some more time. This decision, if true, will be surprising since both the phones will target different segments. 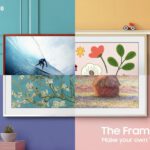