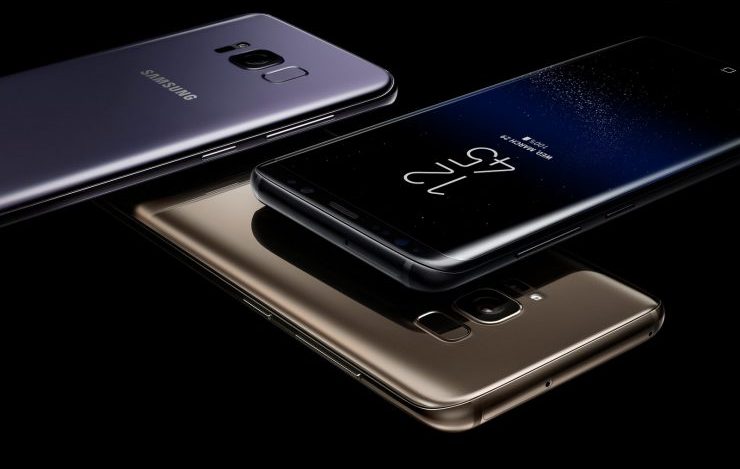 There are quite a few firsts with the new series. For starters, Samsung has done away offering a regular display and dual edge display like the previous two Galaxy S iterations. Instead, the Galaxy S8 and Galaxy S8+ have a very similar design with dual edge display and virtually no bezels. The physical home button that features in all Samsung phones has also been given a miss for the virtual home button. The fingerprint scanner that used to reside on the front has also been shifted at the back, albeit at a weird location (besides the camera sensor and not below it). This also acts as a heart rate sensor. Nevertheless, unlocking the phone with the fingerprint sensor won’t be necessary as the phones also come with an iris scanner that was first introduced in the Galaxy Note7.

The Galaxy S8 duo will also be the first devices to support Bixby, Samsung’s virtual AI assistant and can be activated with a dedicated button. Bixby claims to be different than other virtual assistants and as mentioned during the Bixby announcement, few pre-installed Samsung apps will take full advantage of Bixby with more on the way from Samsung and third party developers.

In terms of hardware features, both Android 7 Nougat running phones boast curved Super AMOLED display, however, the Galaxy S8 comes with a 5.8-inch screen size and Galaxy S8+ is at 6.2-inch. It’s interesting to note here is that the smaller Galaxy S8 is still bigger than last year’s Galaxy S7 edge but due to the almost bezel-less design, Samsung is able to integrate a larger sized display in a compact form factor. The screen resolution is 2960×1440 pixel for both the devices.

The Galaxy S8 and Galaxy S8+ are powered by Exynos 8895 or Snapdragon 835 (depending on the region) and 4GB RAM. The phones will come with 64GB of onboard UFS 2.1 storage and will allow expansion of storage through a microSD card slot (up to 256GB).

On the camera side, the phones have a 12-megapixel f/1.7 sensor on the back with OIS and 4K video recording support and an upgraded 8-megapixel sensor on the front with f/1.7 aperture.

Additionally, the phones are IP68 certified that make it water (up to 30 mins for up to 1.5 meters) and dust resistant, has a 3.5mm headphone jack and a 3000mAh/3500mAh (Galaxy S8/Galaxy S8+) with USB Type-C support and wireless charging.

Samsung will also sell a number of accessories to complement the phones but the one accessory that stands out of the DeX Station that will help users to dock their phones and enjoy a larger screen experience. The DeX Station will sell alongside the phone during the launch. 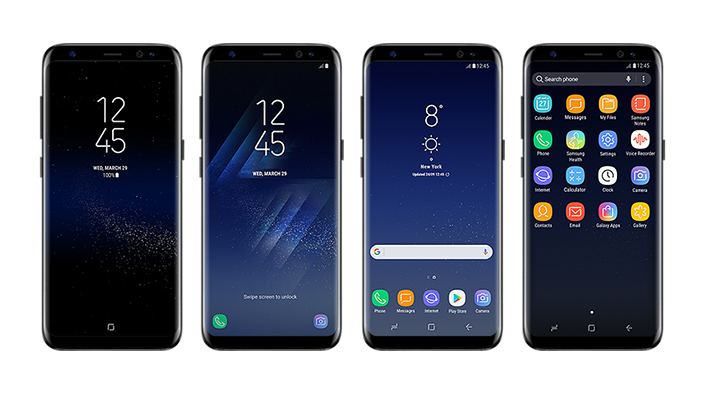 The Galaxy S8 and the Galaxy S8+ will go on sale globally from April 21 and will be available in Arctic Silver, Midnight Black, Orchid Gray and Coral Blue and Maple Gold colours.