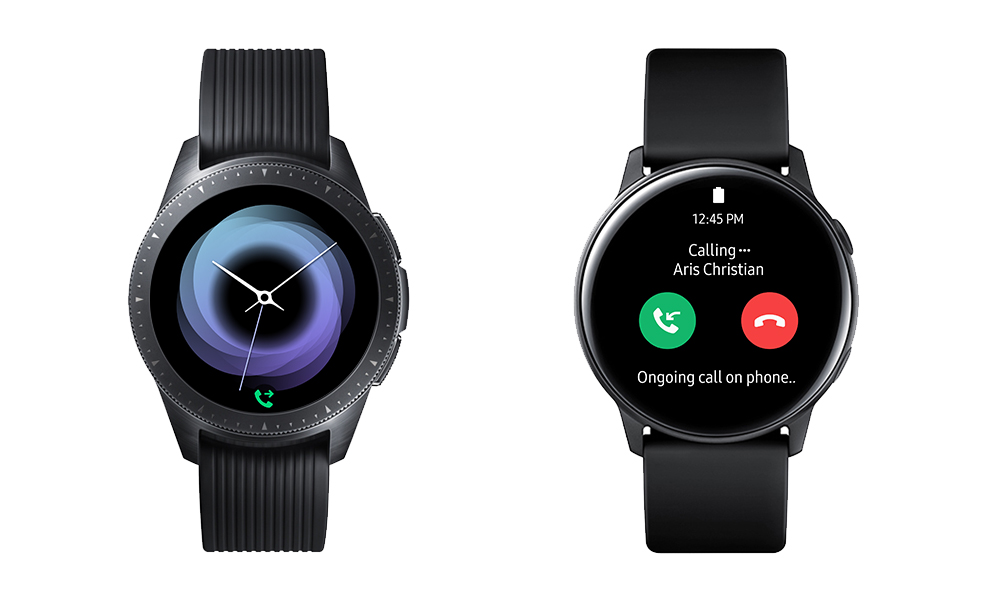 Samsung is releasing a new software update for Galaxy Watch and Galaxy Watch Active that will give both the wearables a new user experience like the Galaxy Watch Active2. These earlier generation watches will also receive enhanced Samsung Health features, Bixby updates, and customisation options.

The new update also brings more watch faces with 24 new sub-dials and complications. In terms of the UX improvement, it will bring a new My Style feature to Galaxy Watch and Galaxy Watch Active for the first time. The icons for in-use apps have been moved to the bottom of the watch face, helping users keep track of and quickly access any apps with in-progress tasks, such as outgoing calls. Additionally, the current time will now always be displayed on-screen when the stopwatch app is in use or users are on a call, and users can more easily customize the icons in their quick panel thanks to a change in layout. Other UX benefits include a clearer graphic UI, easier user interaction, and new emoji offerings in a range of diverse skin tones. For Galaxy Watch Active users, a new Touch Bezel interface is included in the upgrade, allowing users to navigate using finger swipe actions around the bezel.

The new UX also features a number of new capabilities for Samsung Health. Users can now keep track of their fitness goals through the Daily Active feature, as well as track lap times while running or cycling. And as part of the expanded heart monitoring suite, Galaxy Watch will now support a Low Heart Rate Alert.

The update is being rolled out region-by-region. So keep checking your Watch App and keep your Galaxy Watch connected with your phone.