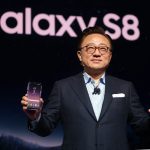 Samsung’s upcoming Galaxy S8 series is up on pre-order and the company is receiving a better response than what they originally expected. According to DJ Koh, Galaxy S8 pre-orders have crossed 720,000 units in its home country. However, if United States is concerned, Samsung confirmed that they’re seeing double-digit growth in pre-orders compared to last […] 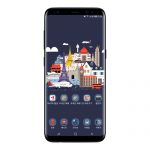 Samsung has teamed up with Asiana Airlines and SK Telecom to launch a special Galaxy S8 Asiana edition phone. This special edition caters to frequent Asiana Airline flyers as Samsung allows to purchase the device at a discount by redeeming their Asiana frequent flyer miles. Limited to 2,000 units in the pre-order period, the phone […] 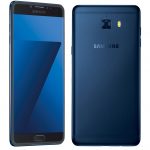 Samsung announced the addition to the C-series with the C7 Pro. The device is made of full metal body and is 7mm thick. The 5.7-inch Full HD screen with Super AMOLED display is protected by 2.5D Gorilla Glass. Equipped with the 2.2 Ghz Octa-core processor and 4GB RAM, the C7 Pro comes with 64GB of […]

Samsung today released its earnings guidance for the Q1 2017 that ended in March 2017. According to the estimates based on K-IFRS, Samsung’s consolidated sales is around 50 trillion won while the consolidated operating profit is at around 9.9 trillion won mark. The estimate in comparison looks better year-on-year and slightly more than what Samsung […]

Samsung’s legal battle against Huawei in China took a new turn today as Quanzhou Intermediary Court in China today ordered three Samsung subsidiaries to pay 80 million yuan ($11.6 million) to Huawei technologies. The court rules that Samsung did infringe on Huawei’s patent and is first of the rulings in multiple lawsuits. As expected, Huawei […]