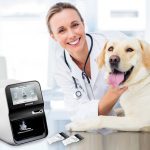 Samsung today announced that they’re entering the American market with a new medical device for animals. Samsung says the “PT10V point-of-care (PoC) blood analyser can test up to 13 parameters at once, including liver profile, kidney profile, and metabolic disorders and deliver the result within 10 minutes”. Results can be viewed in an app on […] 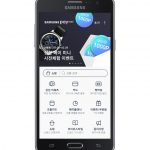 Samsung today unveiled its Samsung Pay Mini, an online payment service for South Korea. The new service will go live next week and unlike Samsung Pay that requires a supported Samsung Galaxy device, Samsung Pay Mini will work with any Galaxy and non-Galaxy device provided it’s running on Android 5.0 and above with a display […] 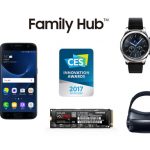 Samsung has confirmed that they’ve won 35 CES Innovation Awards. The Innovation Awards are given every year by Consumer Technology Association, the producers of CES and are judged by “preeminent panel of independent industrial designers, engineers and members of the trade media to honor outstanding engineering and design in cutting-edge consumer electronics products across 28 […]

Samsung recently confirmed a number of countries to get Samsung Pay and while Canada is not a part of this list, it seems Canadians can get early access to the service. In a screenshot posted by a user, Samsung seems to have enabled access to the Samsung Pay service only if you use a select […]