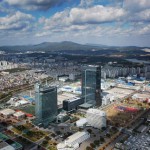 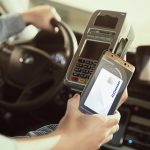 Samsung Pay’s adoption has been growing at a steady pace. Adding to its list of countries are Malaysia, Russia and Thailand that makes the service available in 10 countries by end of 2016. Additionally, Samsung Pay will add a number of new features, notably adding support for online payment and express checkout solution, thanks to […] 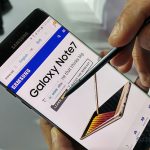 Discontinuation of Galaxy Note7 would have had an impact on Samsung’s revenues but the Korean giant has now confirmed how big the impact will be. Samsung says approximately 3 trillion won (around $3 billion) will be shaved off for the next two quarters, including 2 trillion on Q4 2016 and 1 trillion in Q1 2017. […]

UPDATE: Samsung has now revised its guidance following the premature end of Galaxy Note7. Samsung says its operating profit is estimated to be around 5.2 trillion won. Samsung has announced the earnings guidance for the recently concluded quarter. According to their estimated figures based on K-IFRS, Samsung expects the consolidated sales for Q3 2016 at […]

Samsung’s answer to Apple Pay – Samsung Pay is celebrating its first anniversary in the United States. Samsung says the acceptance of the service has been great in the last one year and in United States, the service is supported by over 500 banks and credit unions, representing over 80 percent of the debit and […]