Samsung has announced three new monitors that will be showcased at the CES this week. Targeting three different audiences, the Odyssey Neo G8 goes for the gamers; Smart Monitor M8 targets someone who wants to use smart features; UHD Monitor S8 is for designers and content creators who look for color accuracy. Odyssey Neo G8 […] 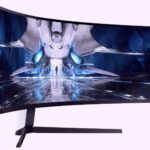 Samsung has expanded its gaming monitor lineup and it looks better than ever with the Odyssey Neo G9. Based on a similar tech as its Neo QLED televisions, the Odyssey Neo G9 (G95NA) uses Quantum Mini LED as its light source, which is 1/40th the height of a conventional LED, allowing Samsung to fill in […] 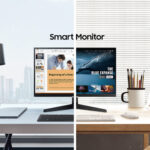 Samsung launched its Smart Monitor lineup in November last year and has now added new models with different screen sizes. First up is the Smart Monitor M7 with a 43-inch screen and borderless design that makes 4K UHD possible along with HDR10 content and integrated speakers. The monitor also comes pre-loaded with content streaming apps […] 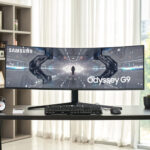