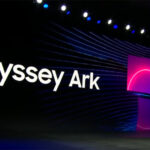 The Game Screen we reported yesterday turns out to be the Odyssey Ark. Samsung revealed the display during the keynote and while the details are scant at the moment, Odyssey Ark will launch later this year. It’s a curved gaming monitor that can be used horizontally or vertically and has a 1000R curvature for better […]

Samsung has announced three new monitors that will be showcased at the CES this week. Targeting three different audiences, the Odyssey Neo G8 goes for the gamers; Smart Monitor M8 targets someone who wants to use smart features; UHD Monitor S8 is for designers and content creators who look for color accuracy. Odyssey Neo G8 […] 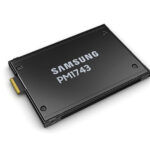 Samsung announced the PCIe 5.0-based PM1743 SSD for enterprises last week and now we have got the first benchmark of the drive, courtesy Intel’s Chief Performance Strategist. The benchmark was originally slated for CES 2022 but since Intel has canceled their in-person presence, Ryan Shrout took to Twitter to reveal his findings. Shrout shows a […]

The new flagship Exynos chip will be announced on January 11, Samsung has confirmed. The teaser tweet along with the accompanying short video does not reveal much but did confirm the upcoming Exynos — or Exynos 2200 as it’s rumored to be called — will come RDNA 2 graphics support. Since AMD’s Lisa Su confirmed […]

Samsung has kickstarted its CES-related announcements and shortly after announcing the HDR10+ GAMING standard, Samsung has confirmed the development of PM1743 SSD. Honoree of the CES 2022 Innovation Awards, the PM1743 is Samsung’s first SSD meant for enterprise servers based on PCIe 5.0 interface along with Samsung V-NAND. PCIe 5.0 offers some serious performance improvements over […]